This was our first mini reunion and what a day it was! Ten ex-84th Entry came along to The George at Stamford and spent a wonderful day of reminiscing together and renewing old friendships. There were warm greetings, meaningful handshakes, hugs and even a wet eye or two. The atmosphere was electric, the banter only as an apprentice can make it and the memories flowed as good as the beer. We finished in the late afternoon with the final goodbyes taking over an hour as nobody wanted to break the spell. Everyone felt the same: that it was well worth the effort to go; that they couldn't have missed it and that we should do it again.

And we shall. It was generally agreed that we would like meet at the George about every three months. It was also suggested that we might bring our wives, partners or girlfriends. So, put every third Thursday of every third month in your diary and come along at 11.30 a.m. to The George at Stamford. It's easy to find, has a big car park at the back and is only a short walk from the station. Closer to the date we'll see who wants to come and if there are enough takers we'll make arrangements.

You can see The George here: http://www.georgehotelofstamford.com/

If Stamford is just too far for you for a day-trip then consider having a mini reunion in your own area. I can promise you you won't regret it.

Ten of us turned up. The first two, Nobby Clarke and Stan Folds travelled together from Ipswich and arrived just before 11 a.m. followed soon after by Tony Beard, Ray Thorne and Tony Mooney who also travelled together from Sandy. Next came Roy O'Connell from Grantham at about 11.30 then Les James who came by train from Brighton and Chris Arms from near Sheffield. We left the bar about 12.30 for a table set up for us in the leafy courtyard to have lunch together. Dave Brett who also came by train from Mickleover and Danny Boon from Holt arrived soon after we sat down and the ten of us we shared memories and swapped stories for hours... The last of us left at soon after 4.30.

Les and Danny brought some papers and photos which I shall scan and post on the website and Dave has loaned me two badges to display at the Reunion in Mickleton next year.

Many of us took photos and everyone promised to email them to me. When they are all in I will post a selection here so you can see what we look like now. We have all changed... but... we are still the same.

"Have you ever known such instant rapport between 10 people after 50 years.

It was as if we had never been away!"

"The 84th Entry spirit is still very much alive" 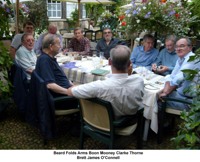 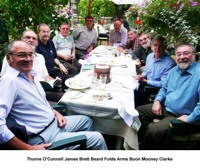 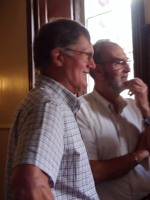 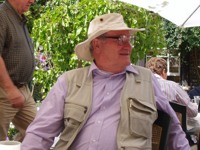 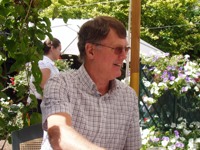 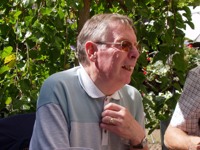 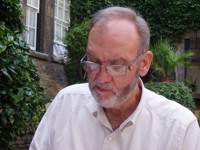 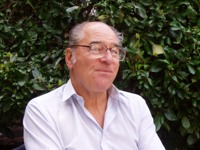 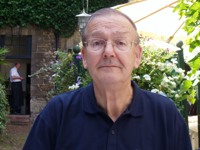 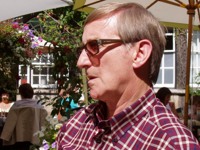 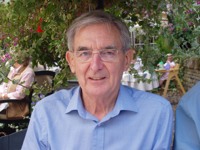 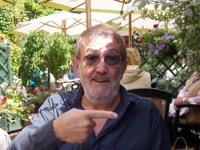 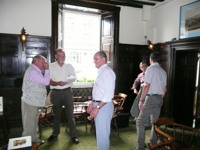 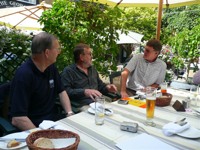 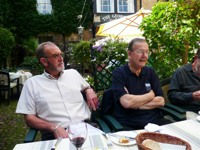 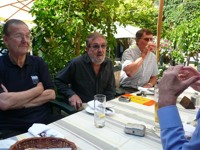 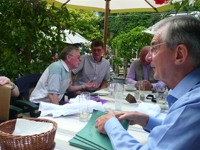 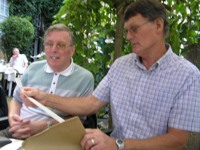 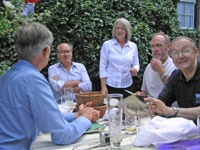